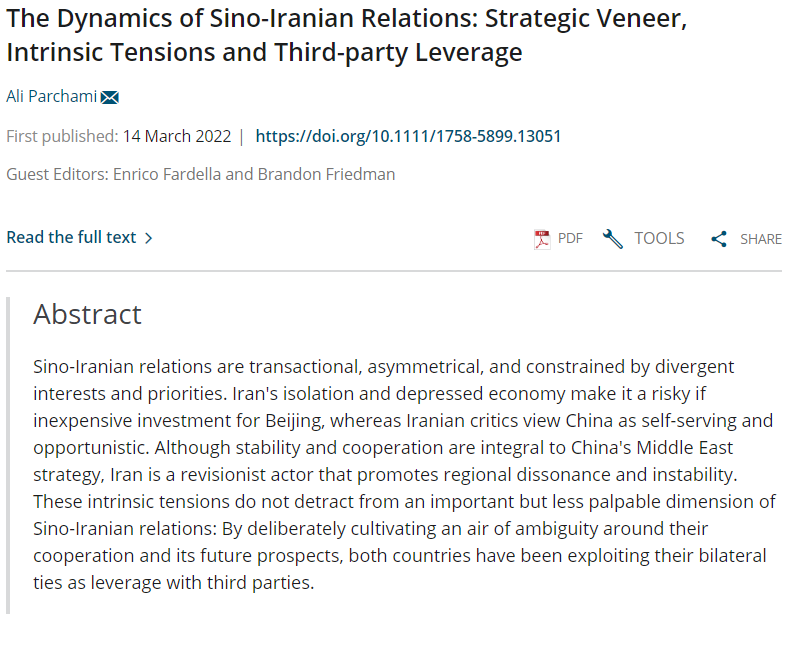 Ali Parchami (Royal Military Academy Sandhurst) published a new research article on Sino-Iranian relations in Global Politics, part of a special issue edited by Enrico Fardella and Brandon Friedman, which can be accessed from here.

Sino-Iranian relations are transactional, asymmetrical, and constrained by divergent interests and priorities. Iran's isolation and depressed economy make it a risky if inexpensive investment for Beijing, whereas Iranian critics view China as self-serving and opportunistic. Although stability and cooperation are integral to China's Middle East strategy, Iran is a revisionist actor that promotes regional dissonance and instability. These intrinsic tensions do not detract from an important but less palpable dimension of Sino-Iranian relations: By deliberately cultivating an air of ambiguity around their cooperation and its future prospects, both countries have been exploiting their bilateral ties as leverage with third parties.