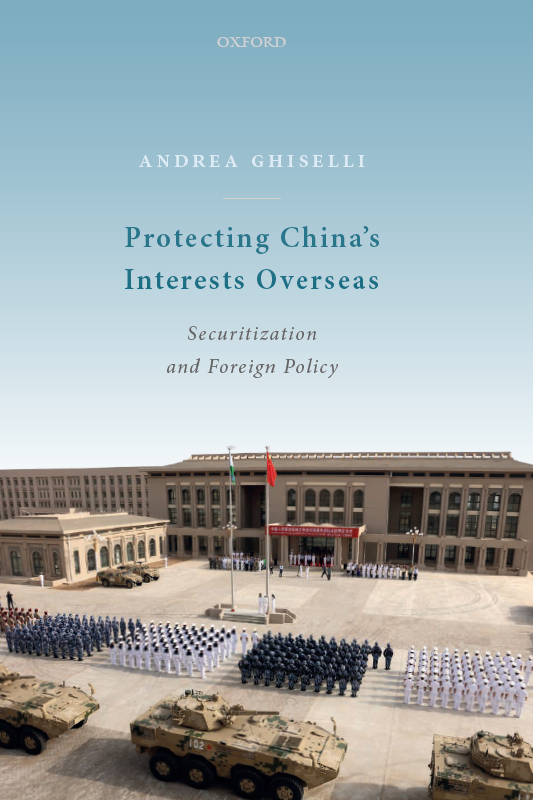 Protecting China’s Interests Overseas provides a fascinating and new window into Chinese foreign and security policymaking. In particular, it shows how the management of non-traditional security issues abroad led to the emergence of China’s strategy to defend its interests overseas. This book comes at a critical time, as China has just inaugurated its first overseas military base in Djibouti, thereby establishing a long-term military presence outside Asia.

Based on a large number of Chinese primary sources, the book examines how the main actors involved in the making and implementation of Chinese foreign policy understood the problem of protecting the assets and lives of Chinese companies and nationals abroad, especially in North Africa and the Middle East, and interacted with each other depending on their priorities, preferences, and organizational interests.

As the different chapters explore various aspects and dynamics within the Chinese foreign and security policy machine, the analysis concludes that the emergence of China’s strategy to defend its interests overseas was, to a large extent, crisis-driven. The evacuation of 36,000 Chinese nationals from Libya in 2011 was a critical moment in this process. Henceforth, significant efforts were made to strengthen the capabilities of and coordination between the different agencies under the control of the Chinese leadership, especially the Chinese People’s Liberation Army.

Consistently, China’s military presence abroad expanded and evolved over the years to stabilize the regions where the country’s human and economic presence is most significant, and to neutralize the non-traditional security threats against it. However, Chinese policymakers still face important challenges and complex dilemmas on the path to formulate a sustainable policy towards this very difficult issue. Protecting China’s Interests Overseas also offers an opportunity to rethink how we study and understand Chinese foreign policymaking.

Click here to know more about the book and related events.