China in the Mid-Med: Connectivity and Security 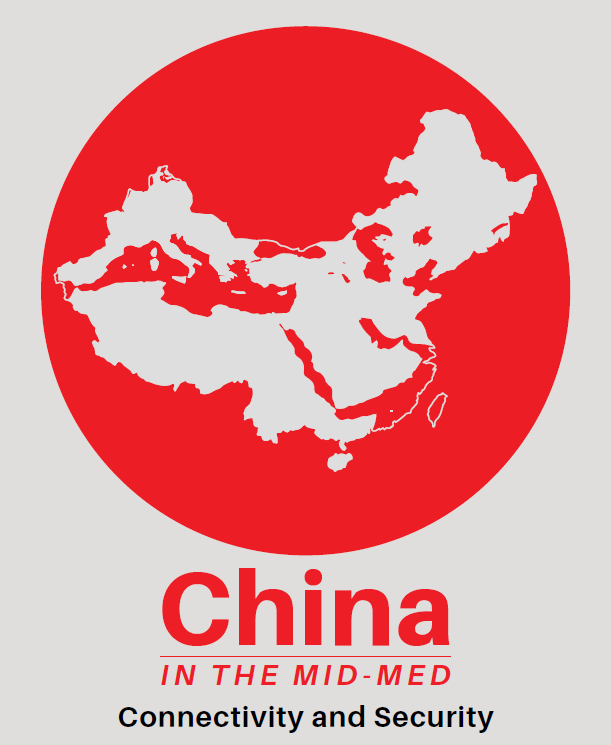 In recent years China has become a more central and dominant actor in the international arena at large and in the Middle East and Mediterranean region ("Mid-Med") in particular. China’s current flagship project, the Belt and Road Initiative ("BRI"), in many ways, posits the Mid-Med as a focal area and hub. Whether as a medium through which the Belt and Road has to transit; a substantial economic and diplomatic partner; a major source for China’s energy; or a geopolitical ground for advancing international interests, the significance of the Mid-Med for China, and the significance of China in the Mid-Med, have grown dramatically. We see the Middle East and the Mediterranean region (past and present) as closely connected, shaped by dense interactions where China features with increasing prominence. Therefore, we have addressed the two regions in conjunction, as the "Mid-Med." At the 2019 "China and the Middle East/Mediterranean ("Mid-Med"): Contemporary Perspectives" conference and workshop, the partner institutions promoted the establishment of a long-term research network, dedicated to building capacity and a more robust knowledge base on China’s relations with the Mid-Med from two distinct but complementary points of view.

First, we seek to understand how external processes and dynamics influence and shape China’s views and approach to its relations with the countries in the "Mid-Med." This outside-in approach was adopted in the series of webinars held in early June 2020: a group of global leaders from academia and various institutions in Europe, China, the Middle East, and the United States were invited to discuss and share their insights into the most recent developments in international affairs and their impact on China’s role in the "Mid-Med." For example, Efraim Halevy, former Director of Mossad (1998-2002) and Ambassador to the European Union (1996-1998), assessed the state of Sino-American relations and their potential impact on Israel. Romano Prodi (10th President of the European Commission, 1999-2004, and former Italian Prime Minister, 1996-1998 and 2006-2008) and Justin Yifu Lin (former Chief Economist and Senior Vice President of the World Bank, 2008-2012) discussed Europe’s position in China’s Belt and Road Initiative and the Sino-European relations; and, Deborah Lehr (Vice-Chairman and Executive Director, Paulson Institute) reflected on Sino-Egyptian relations amid global tensions, particularly with respect to how the Covid-19 crisis affects the world.

In the second segment of the series, we focused on the inside-out perspective, analyzing how the countries in the Mid-Med understand China’s role and actions in the region, and how they navigate the need for improved connectivity while at the same time safeguarding national security in the context of an increasingly volatile geopolitical landscape. Therefore, we named the six webinars held between July 6th and July 13th, "China in the Mid-Med: Connectivity and Security." The first three of the six brief chapters that constitute this report focus on the local perception of Chinese presence in the Middle East, North Africa, and Southern Europe. They also problematize the notion that China has a coherent regional approach, while at the same time identifying similarities across the states that we discuss. The fourth chapter focuses on how economic interactions with China have become part of the national security debate in Italy and Israel, two countries at the very center of the discussion regarding the delicate balancing act that regional actors are attempting to manage between economic prosperity, national security, and traditional diplomatic ties. The final two chapters analyze how practitioners from the energy and maritime logistic sectors understand the strong and ever-growing ties that exist between China and the Mid-Med in those two crucial economic sectors. We believe that the conversations during these 12 webinar events contribute to an urgent need for a better understanding of "China and the Mid-Med." Our aim is to contribute to a more informed decision-making process in the region, while at the same time creating a more robust and participatory knowledge base on this critical subject. Cooperation between the ChinaMed Project and Tel Aviv University’s Department of East Asian Studies and the Moshe Dayan Center (MDC) for Middle Eastern and African Studies is dedicated to these goals

Connectivity and Security in the Middle East

Connectivity and Security in Southern Europe

Connectivity and Security in North Africa

The security dimension of China’s FDI in theMid-Med: Israel and Italy

China’s Infrastructure and Logistics in the Mid-Med: Between Connectivity and Security

China’s Energy Interests in the Mid-Med