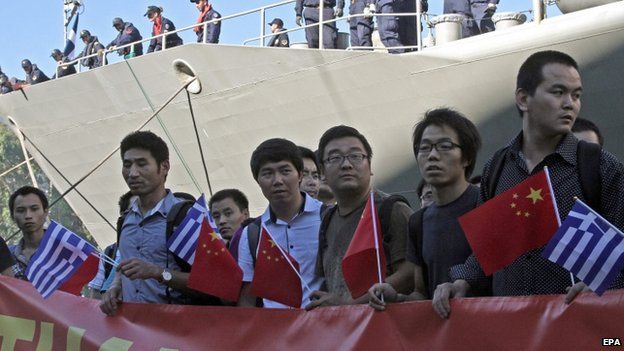 The nexus between China's human and economic presence abroad and its security policy is increasingly important. Within this nexus, this study statistically explores whether and to what extent Chinese contractors reduce the number of Chinese nationals they send to work in North Africa, the Middle East and the Horn of Africa when the security situation in host states worsens. We find no significant evidence that either warnings from Chinese embassies and consulates to leave host countries or expert perceptions of host stability influence the number of Chinese workers. Worker numbers appear to decrease significantly only in the aftermath of large-scale violent events. These findings suggest that Chinese companies are relatively acceptant of security risks and uncertainties, despite the decade-long regulatory efforts of the Chinese government to make them more security-conscious overseas and, thus, to reduce pressure to use diplomatically and economically expensive military means for their protection.

This article was published in the China Quarterly.