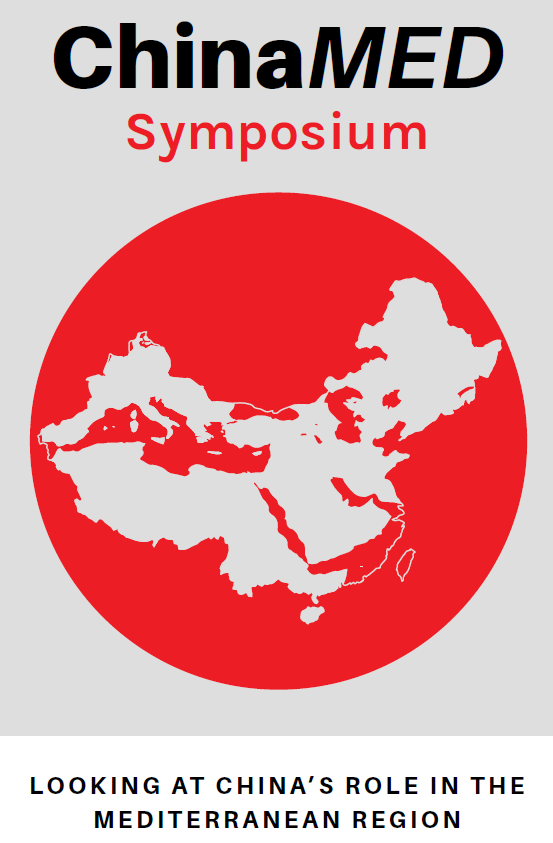 This year's ChinaMed Symposium was held online within the framework of the TOChina Summer School with afternoon dedicated to the research agenda of the ChinaMed Project.

During this event, the speakers discussed different aspects of China's relations with, and role in the wider Mediterranean region, with a specific focus on each of the three areas that compose that region - the Middle East, North Africa, Southern Europe and the Western Balkans.

Enrico Fardella is an Associate Professor of the History Department of Peking University (Beijing, China) and Director of the Center for Mediterranean Area Studies of Peking University. A Global Fellow at the Woodrow Wilson Center for International Scholars, Dr. Fardella is Director for Area Studies of the ChinaMed Business Program and Advisor of the ChinaMed Project. His research interests range from Chinese foreign policy, to History of international relations, and History of contemporary China.

Andrea Ghiselli is an Assistant Professor at the School of International Relations and Public Affairs (SIRPA) of Fudan University. He is also a Non-Resident Research Fellow with the TOChina Hub, the Head of Research for the TOChina Hub’s ChinaMed Project and a member of the Editorial Team of OrizzonteCina. Andrea's research revolves around Chinese foreign policy and China’s role in the wider Mediterranean region, with a special focus on Sino-Middle Eastern relations. More broadly, he is interested in the factors that shape the policy-making process and the use of force vis-à-vis non-traditional security threats.

Anastas Vangeli is a Visiting Professor at the School of Economics and Business at the University of Ljubljana, Slovenia, and Non-resident Senior Fellow at TOChina Hub’s ChinaMed Project. His research interests include the ideational impact of Global China, China's relations with Europe and the Balkans, and the dynamics of globalization in the (post) COVID-19 era. He is also a Research Fellow at the EU-Asia Institute, ESSCA School of Management and teaches at ESSCA's Shanghai Campus, and is a Contract Professor at the Department of Cultures, Politics and Society at the University of Torino.

Alessandro Arduino is the principal research fellow at the Middle East Institute (MEI), National University of Singapore. He is the co-director of the Security & Crisis Management International Centre at the Shanghai Academy of Social Sciences (SASS-Polito) and an external associate at Lau China Institute, King’s College London. His two decades of experience in China encompasses security analysis and crisis management. His main research interests include China, Central Asia and Middle East and North Africa relations, sovereign wealth funds, private military/security companies, and China’s security and foreign policy. Alessandro is the author of several books and he has published papers and commentaries in various journals in Italian, English and Chinese. His most recent book is China’s Private Army: Protecting the New Silk Road.

Lina Benabdallah is an assistant professor at Wake Forest University. She is the author of "Shaping the Future of Power: Knowledge Production and Network-Building in China-Africa Relations". Her research has appeared in the Journal of International Relations and Development, Third World Quarterly, African Studies Quarterly, and Project on Middle East Political Science, as well as in public facing outlets such as The Washington Post’s Monkey Cage and Foreign Policy. Dr. Benabdallah is also a Johns Hopkins China Africa Research Initiative research associate and a contributing editor for Africa is a Country. She earned a Ph.D. in political science from the University of Florida in 2017 and has conducted fieldwork in Beijing, Jinhua, Addis Ababa, Nairobi, and Bamako.