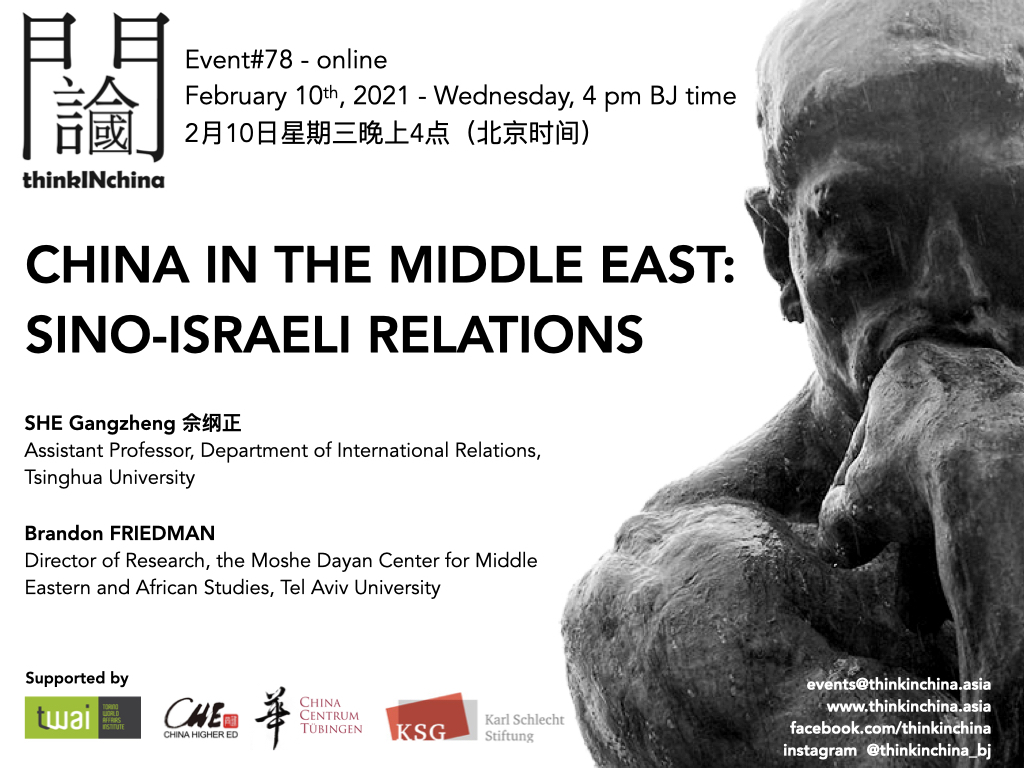 Chinese investments in Israel have grown significantly in recent years, especially in the fields of software, IT services, and electronics. According to 2018 data from the World Bank, Israel imports the majority of goods from China ($ 10.4 billion), with the U.S. a close second ($10.2 billion). Moreover, China is the second biggest destination for Israeli exports ($4.8 billion), with the U.S. leading by a large margin ($16.8 billion).

Israel is not only an important economic and trade partner of China in the Middle East, but also a key element of China’s current strategy to promote the Belt and Road Initiative. China’s strategic interest is based on the fact that Israel is one of the world’s foremost commercial, food and security powerhouses and it enjoys significant grassroots support in the U.S. This relation has attracted increasing scrutiny and pressure from Washington, eager to limit Israeli engagement with China in its strategic sectors, as artificial intelligence, machine learning, cybersecurity, and infrastructures, especially because an FDI screening mechanism just began to be implemented by Israel but has not satisfied to American ally so far.

Within China’s strategy in the wider Mediterranean region, what are the challenges and opportunities lying ahead when discussing about Sino-Israeli relations? And will the new Biden-led U.S. administration change the course of its relations? Join us for a new ThinkINchina online talk, where professor She Gangzheng from Tsinghua University and professor Brandon Friedman from Tel Aviv University, guided by professor Andrea Ghiselli from Fudan University, will help us understand what 2021 will look like in Sino-Israeli political and economic relations.

Dr Brandon Friedman is the Director of Research at the Moshe Dayan Center for Middle Eastern and African Studies at Tel Aviv University and the managing editor of the Center’s journal Bustan: The Middle East Book Review. His research during the past few years has focused on three primary areas. First, he continues to investigate the social origins of political reform in Saudi Arabia, in historical perspective. He has also written about regional politics since the Arab Spring, focusing on identifying the social and political processes driving the breakdown of the state order across the region, with a particular emphasis on the Saudi perception of developments in Iraq and Syria. Third, in line with a new research program, he has been working on with the Department of East Asian Studies of Tel Aviv Universit, researching China’s increasing engagement in the Middle East since the early 1990s. Professor Friedman’s doctora research focused on the political relations between the rulers of the Persian Gulf littoral during the period of British military withdrawal from the region (1968 to 1971). He reads Arabic and Persian. Dr Friedman’s publications are available here.

Dr She Gangzheng is an Assistant Professor at the Department of International Relations at Tsinghua University in Beijing. He received a BA in Hebrew Language and Culture from Peking University and a Ph.D. in Near Eastern and Judaic Studies from Brandeis University (Boston, U.S.), where he wrote his doctoral dissertation built on extensive archival research focused on China’s involvement in the Arab-Israeli conflict during the Cold War. He was the recipient of fellowships from the Schusterman Center for Israeli Studies, the Israel Institute, and the Josephine De Karman Fellowship Trust. His research focuses on the intersection of the Middle East and diplomatic history.