A Strategic Nexus: the Euro-Mediterranean Region and China - Panel 1 - Looking at the Future: Trends & Challenges 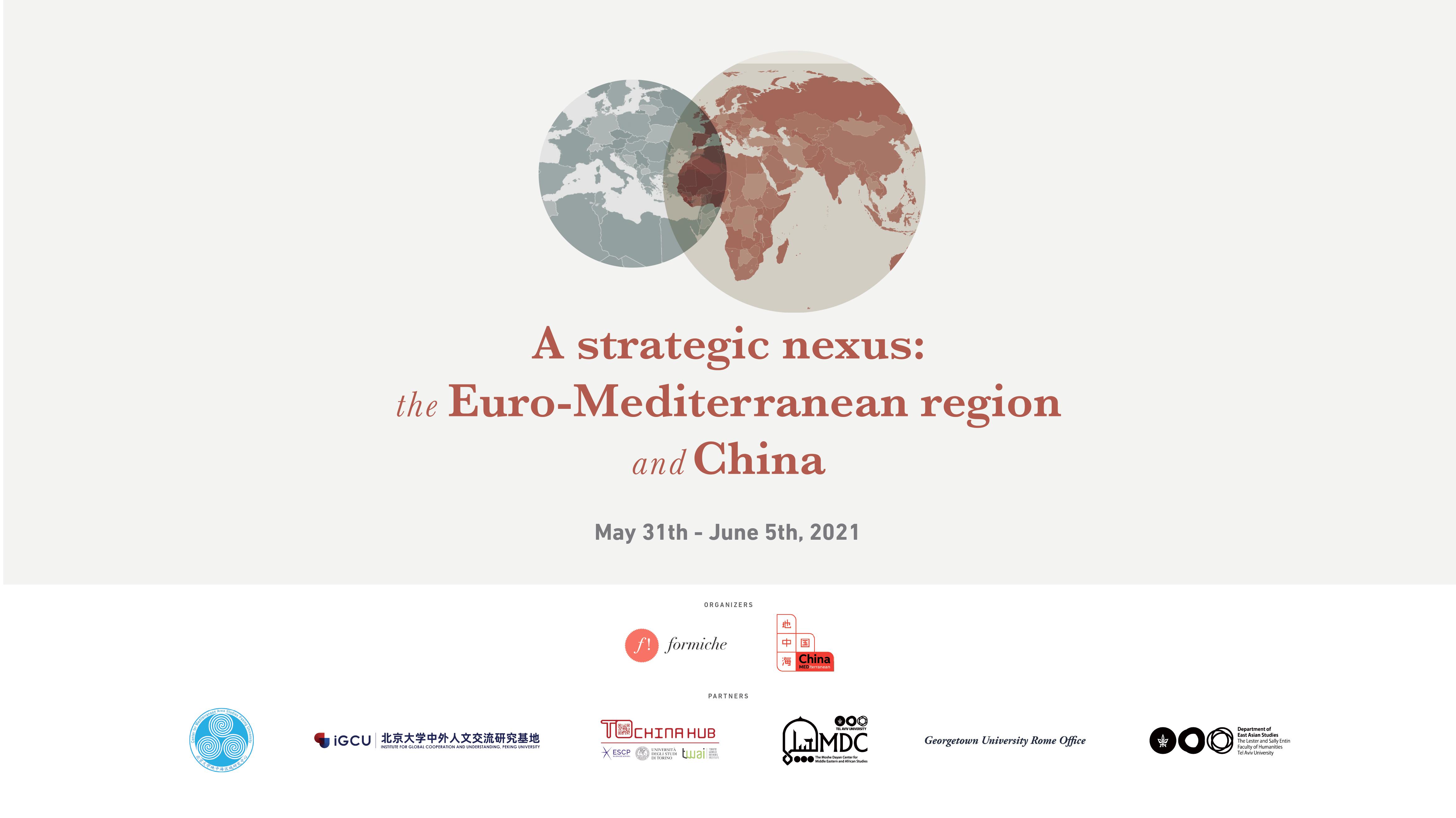 This panel, titled "Looking at the Future: Trends & Challenges," is the first of the workshop "A Strategic Nexus: the Euro-Mediterranean Region and China" organized by the ChinaMed Project and Formiche - in partnership with the Center for the Mediterranean Area Studies of Peking University, the Institute for Global Cooperation and Understanding of Peking University, the TOChina Hub of the University of Turin, the Georgetown Representative Office in Rome, the Moshe Dayan Center for Middle Eastern and African Studies and the Department of East Asian Studies of Tel Aviv University. This workshop aim to address trends and challenges of the growing interconnection between the Euro-Mediterranean Region and China and its potential impact on regional and global dynamics.

Amb. Luca Ferrari - Ambassador of Italy to the People’s Republic of China

Mr. Barry Pavel - Senior Vice President and Director of the Scowcroft Center for Strategy and Security at the Atlantic Council

Hon. Emanuela Del Re - Former Vice-Minister of the Italian Ministry

A summary of the panel is also available here (in Italian).

After the panel, Pres. Romano Prodi was also interviewed by Formiche on his position regarding China's role in the Mediterranean region. The interview can be found here (in Italian).

Pres. Romano Prodi's comments during the workshop were quoted in an article on Sino-Italian relations published by the Financial Times.